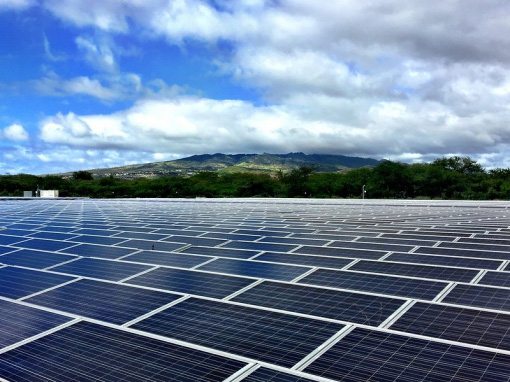 State clean energy leadership has long been essential to robust clean energy expansion in the US. With the federal government becoming less aggressive since 2017 in promoting clean energy, the policy innovation role of the states has become even more important. Moreover, as market penetration of clean energy has increased, the issues that need to be addressed regarding rates, siting, interconnection, and equity have become more complicated.

State clean energy progress over the past several years has been dominated by four main trends:

Energy, economic development, and climate mitigation goals and targets can be important drivers of social change and market transformation. Before 2015, there were various state goals related to clean energy, but many new and ambitious goals have been announced since then. The declining cost of clean energy technologies has made higher targets more achievable and less expensive. Some governors and other state leaders have embraced more aggressive clean energy targets as part of a response to the threat of climate change.

A state renewable portfolio standard (RPS) has probably been the single most important state policy mechanism for advancing clean energy and has been established in 29 states plus the District of Columbia (DC). It requires electricity suppliers to get an increasing share or amount of their electricity from renewable energy and other clean energy technologies. Since 2015, only one state has weakened its RPS, while 14 states plus DC have strengthened their RPSs, most often by raising near-term targets and creating new, higher, longer-term targets. States have also added new RPS features, such as including renewable thermal technologies that generate heat rather than electricity.

Thirteen states plus DC have established 100 percent clean energy goals, sometimes within an RPS and sometimes separate from it. Some of these goals are enforceable, while others are not (e.g., being expressed through a Governor’s executive order that can be overturned by a future Governor). In addition, several states have created distinct goals and mandates for energy storage. And in a pioneering initiative, California has made solar photovoltaics (PV) the standard for new homes, requiring the vast majority of new homes to incorporate PV, either on the roof or in a community solar installation.

Some of the technologies with great potential for transitioning the United States to clean energy are not yet able to compete in the marketplace without assistance. They may not have developed their supply chains sufficiently or achieved the operational efficiencies necessary to bring down costs. In other cases, consumers may be unfamiliar with the technologies or products, or existing regulations may not account fully for their benefits and advantages. States have taken a wide range of steps to help these relatively new clean energy technologies compete for customers. Offshore wind farms, electric vehicles, air source heat pumps, battery storage, microgrids, hydropower from irrigation systems, and advanced biomass and biogas systems all have brighter futures because of the actions taken by states over the past few years.

For at least a decade, it has been obvious that the electricity grid would need to adapt to accommodate performance characteristics of clean energy technologies. States have tackled three key issues: (1) how to incorporate wind, solar, and hydropower facilities whose output can vary by time of day and season, (2) how to enable large numbers of smaller distributed generation systems (rooftop solar, combined-heat-and-power, biogas digesters, fuel cells, small wind turbines) to be installed in or on buildings and properties, and (3) how to bring electric vehicles into the electricity system in ways that reduce electricity costs and increase reliability rather than make the grid more costly and difficult to manage. Some states have addressed these issues as part of overall efforts to modernize the grid. Through more narrowly targeted efforts, some states have considered the best methods for compensating distributed solar generation and for directing additional distributed generation to the locations where it would have the greatest value to the grid.

The growth of the clean energy economy—with significant cost savings and numerous jobs spreading through society—has caused states to focus on fairness, especially to ensure that low- and moderate-income (LMI) households receive an appropriate share of the benefits. States understand that LMI households’ circumstances (e.g., frequent status as renters rather than homeowners, limited financial resources for paying the upfront cost of clean energy technologies) can make it difficult for them to participate. Recognizing that state intervention is necessary, many states have initiated or expanded programs to bring the benefits of clean energy, especially solar energy, to LMI households and communities.

The states can and should continue to move the nation towards a clean energy future. In doing so, they should keep the following in mind:

Since the turn of the century, the states have been seedbeds of ingenuity and innovation for the creation of new clean energy markets. They should continue to place a priority on innovation and to replicate successful innovations from other states.

Many states have adopted bold and laudable goals for clean energy. Without concerted, ongoing attention and financial support, those goals will not be achieved, especially in those cases where target dates are set far in the future. States should systematically assess all the obstacles that need to be overcome to reach their goals and then put in place detailed year-by-year plans for overcoming the obstacles and ensuring steady progress.

3. Retain Bipartisan Support for Clean Energy at the State Level

States of different regions, sizes, and political perspectives have all implemented clean energy policies and programs. State policymakers, the clean energy industry, and other stakeholders should continue to set a tone that allows for bipartisan and nonpartisan discussion on issues related to clean energy.

4. Clean Energy Issues Will Continue to Get More Complicated

With greater market penetration of clean energy technologies, states have had to address complex issues that often require sophisticated economic, engineering, and technical knowledge. This trend will continue and likely intensify. The electricity grid will need to be reimagined to accommodate and make the best use of clean energy technologies and energy storage. Although issues involving equity and consumer protection do not involve engineering or sophisticated economic modeling, they are also complicated and are likely to become more so in the coming years.

States have been focusing more in recent years on electric vehicles and electrifying building heating and cooling systems, but they will need to make much greater progress in both of those technology areas if they are to reach their energy and climate goals. Because these technologies add to the overall electricity load, it is essential that they be implemented in ways that provide benefits to the electricity grid and that minimize costs for ratepayers.

Clean energy progress in recent years has primarily been a story of greater implementation of solar, wind, and energy storage. Those technologies will continue to improve in efficiency and performance and to decline in cost. They still have tremendous potential to be used much more widely to improve the nation’s electricity supply. States can play a central role in making that happen.

The United States is experiencing a transition to clean energy in great part because states have been able to propel clean energy policy implementation, and because governors, legislators, and state agency staff have given significant attention to clean energy. They have put in place innovative policies and have modified them over time, as necessary. They have provided significant funding to carry out those policies and to staff the agencies that oversee them. By taking a similar leadership approach in the future, the states will continue to be a central pillar of clean energy growth.

The blog post is an excerpt from CESA’s report “Returning Champions: State Clean Energy Leadership Since 2015.”