The California Energy Commission’s New Solar Homes Partnership (NSHP) program is helping to make new homes in California environmentally friendly, while reducing energy bills. The program, a component of the comprehensive California Solar Initiative (CSI), provides financial incentives and other support to builders, developers, and homeowners to encourage the construction of new, energy-efficient solar homes. The NSHP, which was launched in 2007, has a 10-year goal of installing 360 megawatts (MW) of new residential solar photovoltaic (PV) capacity in California. It aims to have at least half of all new homes include solar by 2020. As of January 2016, the program has installed or reserved funds for 141.8 MW of solar capacity. It has already helped boost the new home solar penetration rate in the state from less than 1 percent to more than 20 percent.

The NSHP focuses on new home construction as a way to lower the upfront installation costs of solar energy systems by incorporating these systems seamlessly into the design of a building and installing the PV system while all the other construction activities of the home are underway. By focusing on new residential development, the program can produce significant benefits because builders can optimize the PV system design to maximize solar production and tailor the building’s electrical and roofing construction to seamlessly accommodate a PV system. The NSHP requires that projects meet minimum energy efficiency levels, which maximizes the project’s impacts: environmental benefits, market development, and cost savings for homeowners.

The NSHP’s performance-based incentives are based on the expected annual generation of the PV system weighted by its time-of-use value to the utility system. This encourages high-quality installations with optimal designs. To avoid incentivizing oversized systems, NSHP incentives are limited to the first 7.5 kilowatts (kW) of a PV system. The NSHP also takes into account and offers higher incentives for qualified affordable housing projects and for installations on buildings that achieve higher levels of energy efficiency.

NSHP incentives decline over time as cumulative MW capacity targets are reached. By allowing performance-based incentives to decrease alongside declining solar hardware costs, the NSHP maximizes the total number of incentivized solar systems and encourages the industry to rely less on incentives as solar costs fall and the market matures.

The Energy Commission has worked to administer the program efficiently and cost-effectively. The NSHP program may be one of the few solar rebate programs in California, if not the only one, that spends 100 percent of funds on solar system purchases and installation rather than subtracting 10 or 15 percent for administrative costs.

The NSHP program fosters a housing market in which builders routinely construct highly energy efficient homes and install solar energy systems as a standard feature. According to the California Building Industry Association, several major homebuilders began offering developments with solar as a standard feature in 2012, and “most, if not all . . . relied on NSHP incentive funding, which has provided key financial support in making a variety of business models work.” The program’s success has paved the way for cities, such as Lancaster and Sebastopol, to require solar on all new homes.

The NSHP program has also made significant inroads toward expanding solar access for affordable housing. The program guidelines have multiple provisions that support that market sector, including offering higher per-watt incentives for qualifying affordable housing residential projects and incentivizing solar systems that offset common area electricity loads. Reducing energy costs for low- income households frees up income to be used on other basic needs such as food, transportation, and medical expenses. The California Housing Partnership cited the NSHP program as a catalyst in improving the affordability and sustainability of multifamily rental properties.

A Model for Other States

Though builders and developers in other states and regions may not face identical barriers to wide-spread solar integration, the NSHP offers numerous tools that could be used or replicated across the country. One example is the NSHP web tool, an online portal that allows the administrator, homeowners, homebuilders, and installers to have one location to upload application documents and monitor projects through the multiple stages of reservation and payment review. The web tool database allows the program administrator to easily compile and report on program activity that can be used for studies and assist in improving program design. Other replicable tools include the NSHP Guidebook, which lays out the eligibility requirements, rules, and process for claiming an incentive and is routinely revised to address various industry conditions. The NSHP Solar Advantage Value Estimator (SAVE) tool helps appraisers and realtors better understand and incorporate the value of solar energy systems as part of real property valuation. 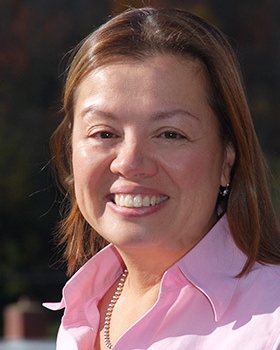