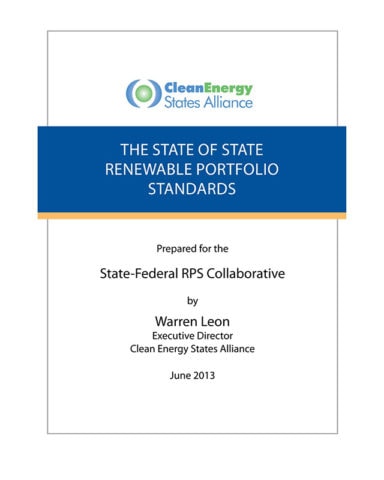 This report highlights several key achievements of renewable portfolio standard (RPS) policies, in addition to the striking fact that they have become so widely adopted by states. In particular, they have led and are leading to considerable renewable energy generation; they have altered the decisionmaking and operations of electricity regulators, utilities, the energy industry, and other stakeholders; they have created jobs and contributed to local economic development; and they have laid the foundation for a national market for renewable energy.

The report analyzes the RPS as a policy mechanism in order to identify its strengths as well as its weaknesses. The report also discusses five current challenges that could threaten the ability of RPSs to continue to be successful. It recommends two steps states may take to increase the effectiveness of their RPSs.

This report was made possible by funding from the U.S. Department of Energy and the Energy Foundation.