Many of the initiatives to move our energy system towards clean, renewable power emanate from the state and local levels. A few cities have already reached the 100 percent clean energy mark, with many more committing to eventually meet that standard. State policies and programs, meanwhile, have been instrumental in furthering the renewable energy revolution. From passing Renewable Portfolio Standard (RPS) and energy storage policies to supporting green energy financing and business incubator programs, the states have and will continue to play a key role in leading the clean energy transition. Here are five ways they are doing so:

California is an indisputable leader when it comes to clean energy, and its RPS policy is no exception. It requires electricity suppliers to source 50 percent of their power from clean, renewable energy by 2030. So in only 13 years, half of all the state’s electricity will have to come from the sun, wind, and other renewable resources. According to the California Energy Commission, the state is on track to meeting its 2030 RPS, with approximately 27 percent of retail sale electricity in 2016 generated by renewables. There is currently a bill in the state legislature, already passed by the Senate, that calls for 100 percent clean energy for electricity by 2045.

Several other states have also committed to ambitious targets. New York adopted the same target as California for its Clean Energy Standard, 50 percent by 2030.  In alignment with this goal, the state recently announced an initiative to invest up to $1.5 billion in major renewable energy projects, the largest clean energy procurement by any state to date. Vermont has a goal to reach 90 percent renewable energy by 2050. Hawaii has gone even further with its standard, requiring 100 percent of its electricity to come from renewables by 2045.

Connecticut has found a way to make the financing of clean energy deployment more accessible and affordable for consumers and businesses. In 2011 the state legislature created the Connecticut Green Bank, the nation’s first green bank. It uses public funds to attract private capital investment in green energy projects. By leveraging private investment, the Green Bank significantly increases the total amount of financing available for clean energy projects. The Connecticut Green Bank has supported in total over $1 billion in clean energy investments to date. This translates into 200 MW of additional renewable energy capacity. Among the Green Bank’s most successful initiatives is the Commercial Property Assessed Clean Energy (C-PACE) program, which allows commercial property owners to pay for clean energy or efficiency upgrades over time through their property taxes. As stated on the CT Green Bank’s website, “The model works. We are deploying more clean energy more quickly and efficiently than ever, while making optimal use of public funding.”

Several other states have adopted the green bank model. But states are also finding other ways to offer innovative financing and to encourage private investment to enter the clean energy market. The Maryland Energy Administration’s Game Changers Program awards grants that support innovative technologies and energy storage projects. Grant awards range from $50,000 to $250,000, and the goal is to promote the replication of “game changing” technologies and systems that are driving the clean energy market in the state. In Washington State, the Clean Energy Fund provides grant funding for nonprofit revolving loan programs that help home and building owners access capital for efficiency and clean energy projects. The Clean Energy Fund also offers funding for smart grid and energy storage technologies, clean energy research and development, and renewable energy manufacturing facilities.

The clean energy industry has seen significant growth in Massachusetts, expanding by 75 percent between 2010 and 2016. Part of this success is due to incubator and internship programs supported by the Massachusetts Clean Energy Center. Through MassCEC’s IncubateMass program, clean energy start-ups have been able to benefit from the business support and mentoring services of incubator facilities. MassCEC’s funding of these facilities directly supports early-stage clean tech and clean energy companies, affording them access to lab and office space, specialized equipment and other resources. Clean energy companies also benefit from MassCEC’s emphasis on workforce development. The Clean Energy Internship Program places hundreds of college students and recent graduates with participating clean energy companies across the Commonwealth. The young trainees receive valuable, paid hands-on work experience, made possible by funding that MassCEC provides. The host companies in turn receive a boost to their workforce. Many of the interns go on to gain full-time employment with their host companies or elsewhere in the industry. Since the program’s launch in 2011, MassCEC reports that it has placed 1,805 interns at 317 companies.

New York is another state that has established a strong incubator program for clean energy businesses. The New York State Energy Research and Development Authority (NYSERDA) funds six incubators across the state. Each is affiliated with an in-state university. Texas also has a university-affiliated incubator, the Austin Technology Incubator at the University of Texas at Austin. ATI’s Clean Energy Incubator was started in 2001 and remains one of the longest-established energy and clean tech incubators in the country.

4) Transforming and Modernizing the Electric Grid

New York has undertaken one of the boldest and most comprehensive initiatives to overhaul its electricity markets and infrastructure to support the increase in renewable energy deployment. Launched in 2014, Reforming the Energy Vision (REV) is Governor Andrew Cuomo’s strategy to build a cleaner, more affordable and more resilient energy system. REV seeks to alter the traditional utility business model and centralized power grid in order to accommodate more distributed generation, support innovation in storage and smart grid technology, and accelerate energy efficiency and clean energy measures. The three core pillars of the REV strategy are regulatory reform led by the state’s Public Service Commission, market activation led by NYSERDA, and leading by example in deploying clean energy solutions led by New York Power Authority. Together REV’s 40+ initiatives represent a commitment to completely transforming the state’s energy system.

Other states are actively working on reforms and upgrades to the power grid. According to the North Carolina Clean Energy Technology Center’s “50 States of Grid Modernization” report, over half of the states are currently involved in grid modernization activities. California was the top-ranking state in the 2016 Grid Modernization Index, which tracks state progress on modernizing the electric grid and awards points based on state plans and policies, level of customer engagement, and deployment of grid modernization technologies. Illinois received the number two overall ranking and the top score in terms of state support (in 2011 the state legislature passed the Energy Infrastructure Modernization Act). Texas followed up at the number three spot and scored first in the grid operations category. Maryland and Delaware rounded out the top five.

In 2015 Oregon became the second state to pass a law that sets a target for developing energy storage – a key piece of the puzzle when it comes to developing an electricity system with very high penetration of intermittent renewable energy resources, such as solar and wind. The Oregon storage law requires utilities to procure by 2020 energy storage systems capable of storing at least 5 MWh of energy and directs the Public Utilities Commission to issue guidelines for this procurement. Furthermore, the law directs the Commission to examine the potential value of storage, including as a complement to other resources.

California adopted the first energy storage mandate in 2013, requiring 1.3 gigawatts of storage by 2020. Massachusetts passed an energy diversity law in 2016 that directed the Department of Energy Resources (DOER) to evaluate whether to pursue energy storage targets, and DOER is now moving ahead with mandatory storage targets. Nevada recently passed legislation requiring its Public Utilities Commission to consider mandating storage procurement. The Commission has until October 1, 2018 to decide on this. Additionally, Nevada Governor Brian Sandoval signed into law a measure establishing an incentive program for solar energy storage.

These are just a few of the many ways that states are pursuing a clean energy future. We can expect continued progress and innovation in the years ahead. To read about additional examples of state clean energy leadership, see Clean Energy Champions: The Importance of State Programs and Policies. And you can learn about more recent state activities by listening to webinar recordings on the Clean Energy States Alliance website.

This blog post was also published in The Energy Collective. 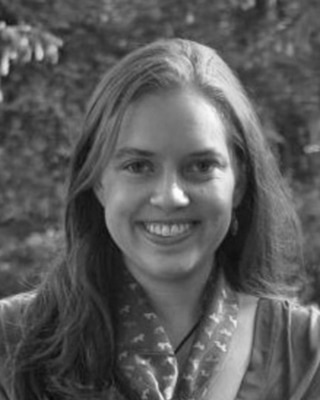