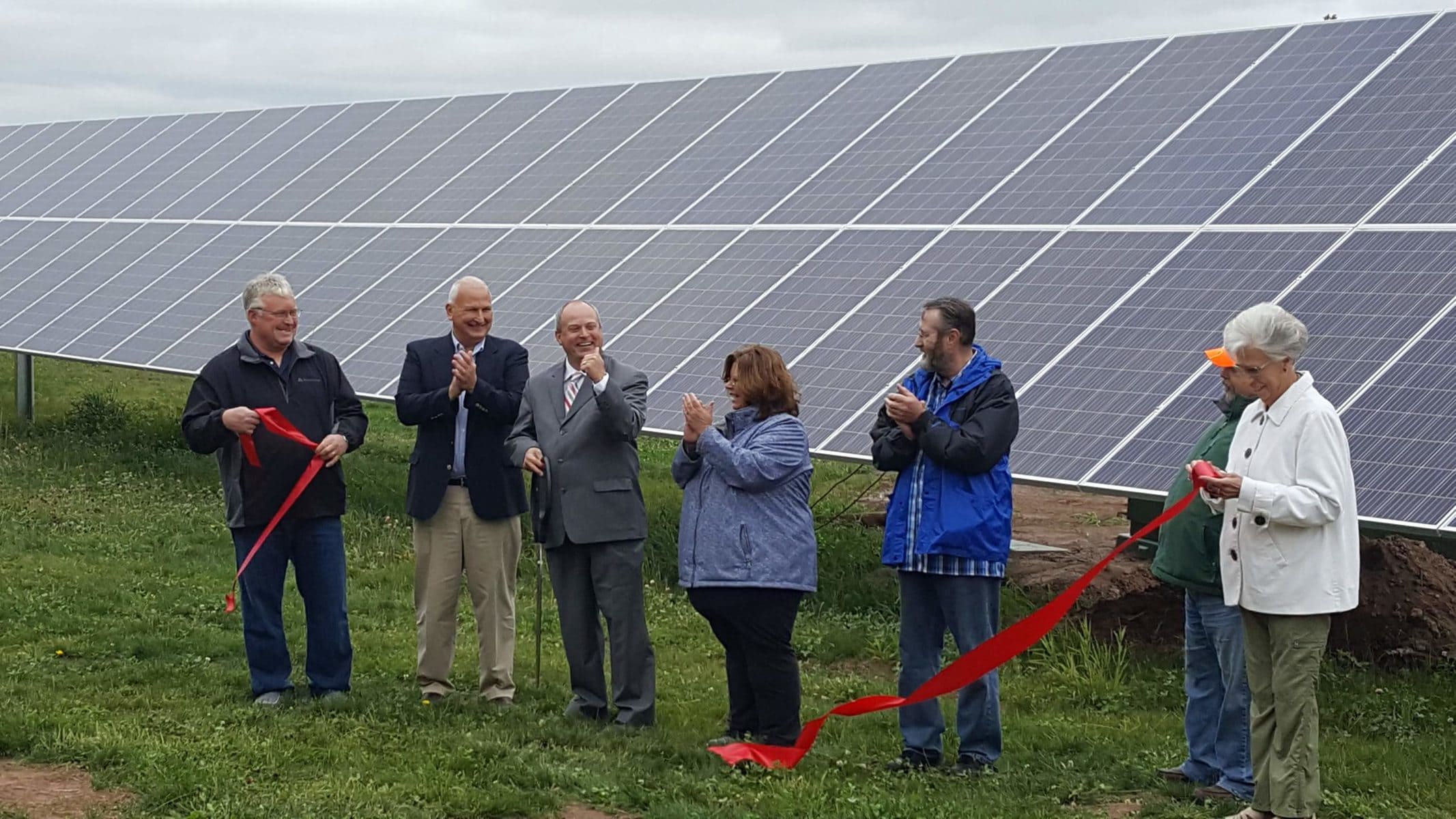 The Michigan Department of Environment, Great Lakes, and Energy’s (EGLE) Low- to Moderate- Income Access Program uses a community solar model to enable customers to access solar, obtain weatherization services, and save on their electric bills. The program represents a close partnership between two local electric utilities (Cherryland Electric Cooperative and the Village of l’Anse Electric utility), state government, and weatherization and community action entities. since the start of the program in 2018, 75 Michigan households have signed up to participate in two community solar projects, with the Cherryland’s 50 subscribers each receiving bill credits averaging about $350 per year, and the l’Anse project subscribers earning about $275 in solar bill credits each year. Through these pilot projects, Michigan is gaining valuable data on program participants’ energy use while program managers are learning how to better address low-income energy challenges.

Low-income households often have a high energy burden, paying a significant percentage of their income towards energy bills. Reducing energy expenses can have a big impact on a low-income household’s budget, freeing up limited funds that can be spent on other necessary expenses such as food, rent, medicine, and transportation. The Michigan Low- to Moderate-Income Access Program aims to address the roadblocks that low-income communities face in accessing renewable energy and efficiency.

In order to be eligible to participate, households must be at or below the federal poverty line, live in single-family housing units, and be willing to share energy usage data. Participants sign up for a share in a local community solar array in the Cherryland or Village L’Anse electric service territories, for which they receive a monthly solar bill credit for their subscription. This “community solar” model allows people to participate in solar energy and access solar energy savings, without the upfront expense of putting solar on their property. This model makes solar accessible to both renters and homeowners who do not have adequate roof space. And, it can be more economical and efficient to build one large, shared, solar project as opposed to smaller individual residential installations.

Participating households must pass a home energy audit that determines that the home is adequately weatherized, or they are required to access free weatherization services. Pairing weatherization with community solar ensures maximum cost savings for participants and increases the environmental benefits from the project. Weatherization improvements were funded through the Weatherization Assistance Program (WAP), a federal energy efficiency funding program for low-income people. Michigan’s WAP is run by the State of Michigan Department of Health and Human Services. This agency played an important role in this project, by assisting the local Community Action Agencies to find low-income households to enroll in the program.

Program participants are saving an average of $20-$30 per month on their electric bills, through the combination of weatherization and community solar participation. The electric utilities have reported that the number of late payments among participants has decreased, indicating that it has gotten easier for program participants to pay their bills. In program surveys, participants report that they can keep their homes warmer in the winter, which is crucial in Michigan’s harsh winters, and that they are now able to allocate their limited funds to other necessities, which in turn has reduced their stress levels. Other program benefits include improving participants’ understanding of renewable energy and energy efficiency and reducing greenhouse gas emissions. The Low- to Moderate- Income Access Program is ongoing and will conclude at the end of the community solar project’s lifespan.

Program Evolution: From Cherryland to Village L’Anse, and Beyond

The Michigan Low-to-Moderate-Income Access Program began as a pilot project through the U.S. Department of Energy’s Clean Energy for Low Income Communities Accelerator (CELICA), a voluntary federal partnership with state and local governments to provide low-income communities with access to renewable energy. It has now grown to become its own self-sufficient program.

In phase one of this project, the federal government granted $80,000 in CELICA funds towards the Cherryland pilot in 2017. State of Michigan EGLE Energy Services paid for the solar subscriptions for the 50 participating low-income households, meaning that there were no out-of-pocket costs for program participants. Subscribers first saw credits on their electric bills in 2018 and will continue to receive credit through the lifetime of the solar array. Subscribers receive a monthly bill credit of 10 cents per kilowatt hour for the output of their solar share, or about $350 in solar bill credits each year. After year one of the solar program, there was a total annual energy usage decrease of 0.7 percent and decrease of 9.7 percent in late payments from the enrolled households.

In phase two of this project, the program expanded to the Village of L’Anse in 2019. Subscribers were given the option to lease between one and 10 solar PV panels for a specified number of years. For instance, a subscriber leasing 10 solar panels will receive a monthly bill credit of 0.095 cents per kilowatt-hour for the output of their PV share, or about $276 in solar bill credits each year. Priority was given to households with income at 200 percent or below the federal poverty line. Secondary priority was given to households between 200 percent and 300 percent of the federal poverty line.

This project utilizes an on-bill financing option for subscribers. On-bill financing is a popular option for low-income clean energy projects because it does not require up-front costs or credit approval, making it potentially more accessible to a wider range of customers. In the Village of L’Anse project, payments of $0.90/month/panel for a term of 25 years are assessed on the subscriber’s monthly electric bill. This cost is offset by the solar credit earned from the panels. So far, there have been no out-of-pocket costs for participants, as the solar credit has exceeded the lease payment for the panels.

There are numerous differences between the two projects, in terms of eligibility requirements, number of subscribers, financing, and other program details. These differences occurred because each program was specifically tailored to the community it serves and developed in collaboration with the local community action agency. One of the main differences between the two projects is the addition of on-bill financing in the Village of L’Anse project, which will provide a valuable point of comparison and help inform future projects.

Going forward, the next phases of the program will involve a partnership with an investor-owned utility. A project was on track to take place in the summer of 2020 but was stalled due to COVID-19. EGLE is hopeful that phase three can take place in the fall of 2020. They are in conversation with the community action agency, and the Department of Health and Human Services, and are now working to identify which community they want to settle in, how many households to include, and what kind of data to collect. In round three, EGLE will have the opportunity to make changes based on lessons learned from phases one and two.