States have been using group purchasing and special marketing initiatives to bring down the cost of solar. A wide range of campaigns, each called Solarize, have been launched with leadership from state agencies in Oregon, Massachusetts, Connecticut, and other states. Solarize initiatives combine four components:

2. Competitively Selected Installers: Through a competitive bidding process, the targeted community selects an installer or installers to service the area throughout the duration of the Solarize campaign. This reduces installers’ customer acquisition and screening costs and saves the consumer from the effort of shopping around for a reputable, price-competitive installer.

3. Discount, Tiered Pricing: Pre-negotiated discounts increase as more people sign up within a target community (i.e., the more people who go solar under a Solarize campaign, the lower the price or overall cost savings for everyone who participates in the community).

4. Limited Time Offer: Solarize campaigns are limited-time offers. This motivates customers to act quickly, or risk missing the window of opportunity to install solar PV at a reduced rate.

Significant cost savings result from coordinated education, promotion, and outreach efforts by town volunteers, and in some cases assistance from professional marketing organizations, along with discounted pricing, which takes advantage of reduced customer acquisition costs. These savings are passed along to homeowners and create a compelling reason to sign up for Solarize.

The first Solarize campaign began in southeast Portland, Oregon in 2009 when residents sought to increase their solar purchasing power by banding together. Through a local neighborhood coalition, Southeast Uplift, the residents reached out to Energy Trust of Oregon for advice on how to get started. Energy Trust, an independent nonprofit empowered by the State of Oregon to deliver cash incentives and services to help utility customers invest in energy efficiency and renewables, worked with Southeast Uplift to develop and pilot a solar volume purchasing program, which it dubbed “Solarize Portland.”

The initial Solarize campaign successfully reduced the financial and logistical barriers of going solar, with over 115 southeast Portland residents signing installation contracts during the first six months of the program. Together with several subsequent campaigns, Solarize was responsible for increasing the amount of installed solar in Portland by more than 400 percent over three years. The campaigns helped lay the foundation for a strong and durable solar market in Oregon. The results were so impressive that the idea spread elsewhere, creating jobs, lowering energy bills for residents, and decreasing the carbon footprint of participating communities.

Massachusetts and Connecticut Hop on Board

Solarize Massachusetts (Solarize Mass) was launched in 2011 when the Massachusetts Clean Energy Center partnered with the Green Communities Division of the Massachusetts Department of Energy Resources to pilot a program in four communities, resulting in 829 kW of new solar. The success of Solarize Mass led to many subsequent rounds of the program. Now in its fourth year, Solarize Mass has led to more than 2,400 residents and business owners signing contracts for small-scale solar electricity systems. Through active Solarize marketing and educational outreach, thousands of people have learned about the economic and environmental benefits of solar electricity. Almost every community participating in Solarize Mass has more than doubled its number of residential-scale solar projects and has seen the rate of adoption increase relative to the rate prior to participating. In addition, the average number of systems and the average capacity contracted per community has continued to increase in every round.

Phase I of Solarize Connecticut, which ran from August 2012 until January 2013, was a marked success, with approximately 280 signed contracts, and more than 2.2 megawatts of installed capacity— all generated from four towns. The Solarize Connecticut program has just finished Phase 5. In total, Solarize Connecticut has conducted 38 campaigns in 49 municipalities. The Connecticut Green Bank is now launching six Solarize U campaigns for homeowners associated with participating universities.

The successful Solarize marketing approach has spread to many other parts of the country. Sometimes, as in the case of Rhode Island and New York, state or quasi-state agencies have played a crucial role in initiating the program. In other places, community groups, grassroots organizations, or solar businesses have been the key instigators. But the Solarize model would not have been developed as fully or spread as widely without the initial work performed by state programs in Oregon, Massachusetts, and Connecticut.

This blog post was originally published in the Clean Energy States Alliance (CESA)’s 2015 report “Clean Energy Champions: The Importance of State Policies and Programs.” This report provides the first-ever comprehensive look at the ways states are advancing clean energy and suggests how to further encourage clean energy growth. For more information about CESA, please visit www.cesa.org. 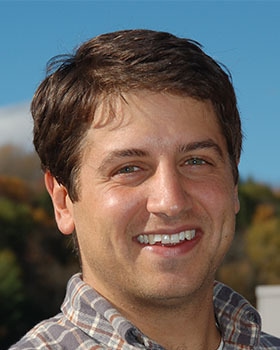