The Solar with Justice Advisory Committee was formed by the Solar with Justice Project team to serve as a sounding board and guiding team for the work the project pursues. The Solar with Justice project is primarily a research-based project focused on developing practical and relevant knowledge products for states and communities to improve equitable solar outcomes. To ensure that these knowledge products are useful and reflective of the needs of state energy agencies and community-based organizations, we have recruited individuals from five community organizations, three state energy agencies, and one philanthropic institution to serve on the committee. Shauna works on a range of initiatives at the Energy Office related to renewable energy programs and policy. These include implementing solar PV, energy storage and community solar programs, ensuring renewable energy quality assurance, designing new programs to improve solar access on previously disturbed land such as brownfields and carports, and increasing solar access among low-moderate income customers. In addition, she leads OER’s workforce development efforts related to renewable energy and manages Rhode Island’s annual Clean Energy Industry Report and the Clean Energy Internship pilot program. Previously, she worked for the Renewable Energy Fund at Commerce Rhode Island and the Massachusetts Clean Energy Center. Shauna has BAs in History and International Studies from Elon University and is Chair of the Rhode Island Chapter of New England Women in Energy and Environment. Valerie joined the Nathan Cummings team in 2015 and brings more than 20 years of experience developing and managing programs in environmental justice, poverty, and global education. As a Senior Program Associate, Valerie supports grantmaking in the Corporate and Political Accountability focus area. In 2020, she began managing Inclusive Clean Economy grantmaking and continues to work closely with leadership across the organization on issues related to environmental and climate justice and economic inclusion in the clean energy economy.

Valerie is dedicated to helping grassroots organizations build and strengthen programs focused on poverty, education, the environment, and the arts. Prior to NCF, she worked with the US Agency for International Development in Haiti, Hunger Free America, and Artists for Peace & Justice. In addition to her work in the public sector, Valerie developed corporate socially and environmentally responsible investment opportunities for clients and public-private sector partnerships to advance environmental sustainability while managing global sales for fragrance materials manufacturer, Texarome, Inc., where she continues to serve on the Board.

Valerie holds a bachelor’s degree in International Relations from Rollins College, with a concentration in Sustainable Economic Development. Elise started her career in energy in 2008 as the Renewable Energy Coordinator for the State of Utah. In this role, she implemented renewable energy policies, brought stakeholders together to achieve consensus on wind ordinances, managed field programs and data analyses as well as ARRA initiatives, and led the Utah Renewable Energy Zones Phase II Project.

At the University of Utah, she helped launch the Energy Commercialization Center. At this Center she managed relationships between venture capitalists, angel investors, and established companies to commercialize renewable energy and energy efficiency technologies.

At UC Davis she served as the Associate Director of the California Geothermal Energy Collaborative and Program Manager of the California Renewable Energy Center. In these roles, she managed large research projects, gave expert testimony at the California State Assembly and Energy Commission hearings, founded the Women in Geothermal (WinG) group, participated in research, and managed staff, faculty and budgets.

In 2012, Elise was appointed as a 'Renewable Energy and Technology Advocate’ to two subcommittees to WECC's Transmission Expansion Planning & Policy Committee, SPSG & EDTF which she served on for three years.
In 2015, Elise joined the California Energy Commission first managing the California Electricity Demand Forecast, then managing the Proposition 39 program that provided efficiency and solar projects to schools. Most recently, Elise has taken a lead position in renewable integration research in the Research and Development Division.

She holds a BS in Environmental Studies, a MS in Natural Resource Management, and is on the Leakey Foundation Board of Trustees. 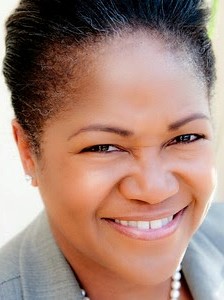 As an Energy Advisor, Staci has been responsible for the sales and installation of over 40 MW of residential, commercial, and industrial solar in the Washington, DC area. Her clients include major property management companies, State and Local Utilities, and national/international retail brands. She has managed solar projects from design to interconnection. In July 2021, her solar administration and applications company completed the largest solar installation in the Nation’s capital.

Staci formed her energy expertise while employed with energy giant and innovator, Tesla. In doing so, she mounted “top-down, bottom-up” strategies for increasing market share for solar. She developed a grassroots and tops approaches to advancing the adoption of solar through NGOs, faith-based, social and community groups, employment retraining organizations, and institutes of higher education.

As a volunteer and advocate, Staci currently serves as Chair for Environmental and Climate Justice with the NAACP Maryland State Conference. Since her appointment in November of 2019, she has orchestrated the Maryland Solar Equity Initiative, a solar awareness and jobs campaign; the “Earth Day Solar Awareness” project; and “Climate Justice is Racial Justice” awareness campaign, to name a few. Her programs are being adopted in other states. She serves on the board of the Maryland League of Conservation Voters. She is also a guest lecturer in the Maryland Realtors Association’s continuing education program to help realtors understand how to market solar.

Her passion is climate, the environment, and accelerating the adoption of renewable energy to, literally, help save the planet. 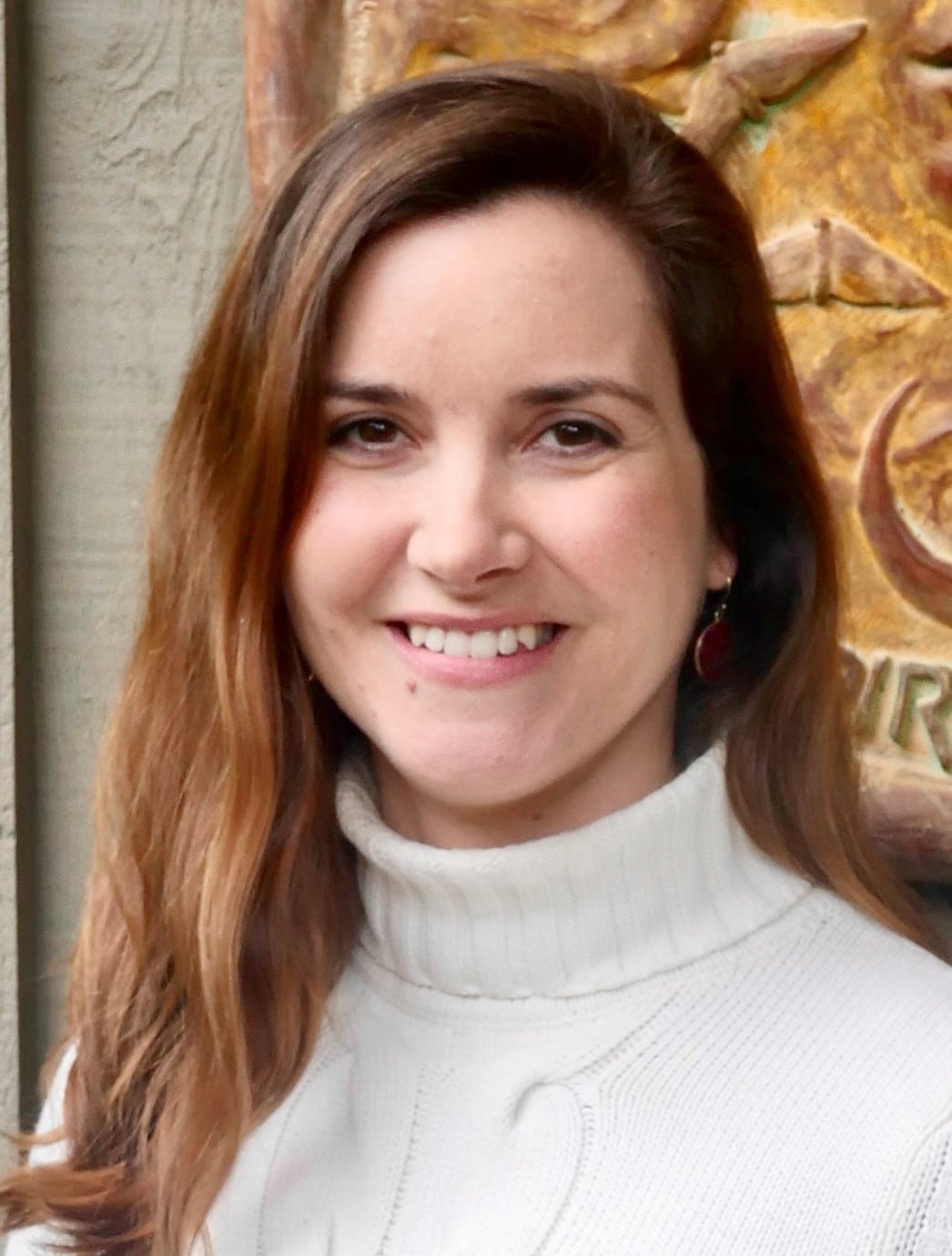 Carrie Hearne serves as Associate Director of Energy Equity Programs at Virginia Energy, formerly known as the Department of Mines, Minerals and Energy. In addition to overseeing much of the renewable energy division’s operations, this new role includes advancing equity within Virginia’s energy system. Projects include setting up a new Low-to-Moderate Income (LMI) Solar Fund to increase energy equity and access to solar for economically disadvantaged communities; ensuring access to shared solar programs to LMI communities; increasing access to clean energy solutions for rural, underserved and historically disadvantaged communities across the Commonwealth; and working to implement key elements of the Virginia Clean Economy Act of 2020. Virginia Energy is a proud member of the Clean Energy States Alliance (CESA).

Originally from rural West Virginia, Carrie moved to Virginia in 2019 after working for over a decade on climate policy and sustainable business development in Portland, Oregon. Carrie holds an MBA in sustainable systems from Presidio Graduate School and a Bachelor’s degree from Earlham College. She serves on the Board of Directors for the Virginia Renewable Energy Alliance and is a lifelong Senior Fellow of ELP, the Environmental Leadership Program. In Oregon, Carrie volunteered on Boards with the Oregon chapter of Sierra Club, as Secretary for the Northwest Earth Institute (EcoChallenge.org), and with Women in Sustainability and the Environment (WISE). She lives in a solar-powered home in Richmond, Virginia, with her two dogs Timber and Odie. 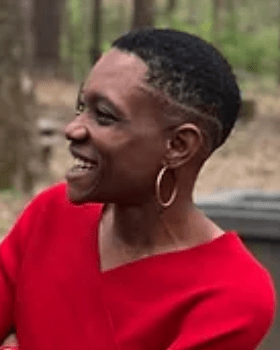 Dr. Erica Holloman-Hill is the CEO and Founder of Ayika Solutions, an innovative consulting firm specializing in community-based solutions to environmental issues. She has over 20 years of experience in environmental science and consulting and is passionate about grassroots advocacy, media communications, and eco-consulting. 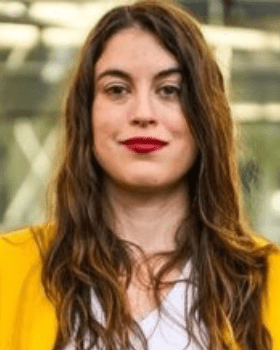 As Verde’s Energy and Climate Policy Coordinator, Oriana (she/her) leads Verde’s work on energy and climate policy. Her focus is community-led, participatory policy and program development. For fun, Oriana sits on the Oregon Global Warming Commission, the Portland Planning and Sustainability Commission, and spends time adventuring with her three dogs. Brandy serves as Leech Lake’s Environmental Deputy Director. Prior to her promotion in 2016, she served as their Air Quality Specialist building Leech Lake’s Air Program since 2001. Her position offers many opportunities including work on sustainability projects including: 200Kw low income community solar array, 23 passive solar furnace installations, $3.6 million 22 building Guaranteed Energy Savings Project, EV charger Tribal network, establishing sustainable policies, the first Tribal Nation in Minnesota’s Green Step Tribal Nations Program, completed a wind feasibility project, a solar assessment and a climate vulnerability assessment and working on a climate adaptation plan for the Reservation. Brandy is actively involved in rule/policy promulgation on local, state and federal levels affecting the Leech Lake and Indian Country as a whole. Brandy participates on a number of local, regional, and national organizations, workgroups and boards to advance Tribal needs and interests. In 2012 she was awarded the Virgil Masayesva Excellence Award and in 2021 awarded the Taimi Lynne Hoag Environmental Award recognizing her contributions to environmental protection, policy, health and leadership in Indian Country.